I will hold bonfire ceremonies at each event, and invite attendees to offer thanks to women filmmakers everywhere and all communities and structures that support women telling and sharing their stories and stories that move them through the medium of film. 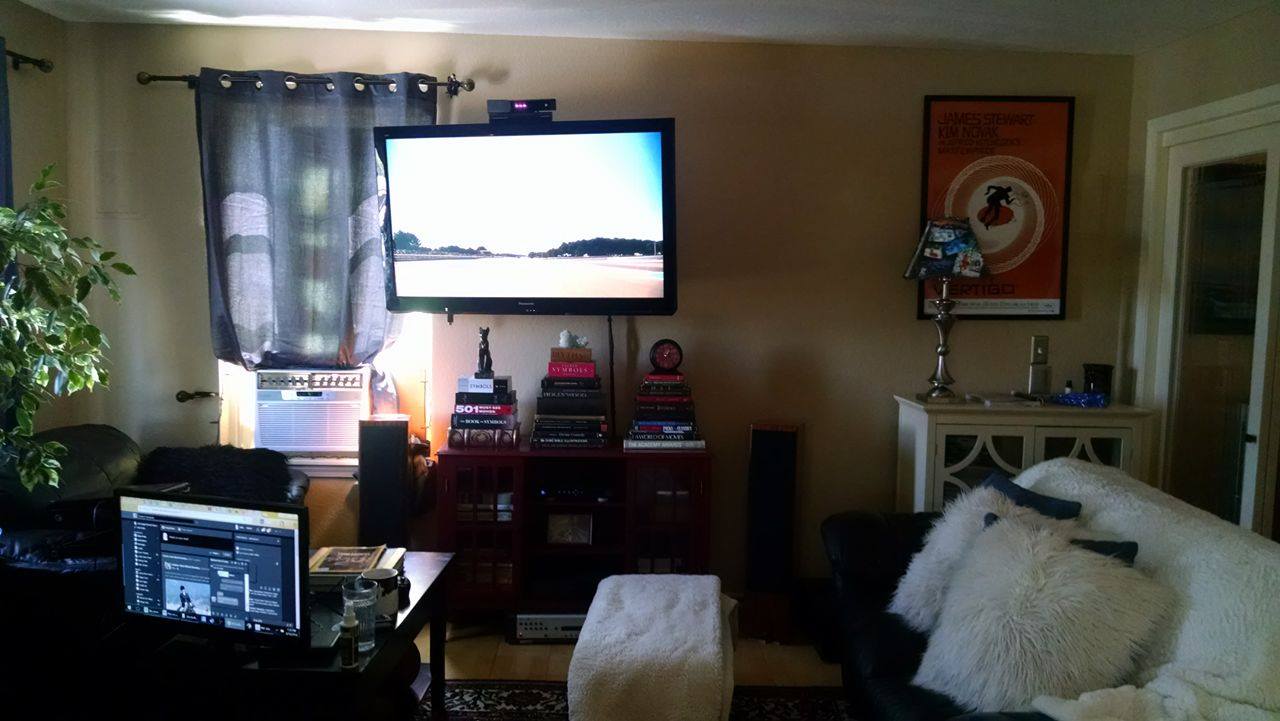 Film lover/maker Leila Kincaid is inviting friends and neighbors to engage the appreciative and celebratory energies of the #DirectedbyWomen Worldwide Film Viewing Party this September through a series of house parties in and around her home in the Pacific Northwest, USA.  Here’s a glimpse into what she has envisioned…

DBW: Leila, I’m really glad you’ve embraced the HOUSE Party approach to the #DirectedbyWomen Worldwide Film Viewing Party. That’s one of my favorite forms of celebration. It’s comfy. It’s friendly. It’s a great opportunity to bond with friends and neighbors. I understand you have in mind to do a few different viewing parties this September. What are you planning?

LK: Thanks, Barbara. I’m excited that you have inspired so many of us to celebrate films #DirectedbyWomen! Everyone I tell about it gets excited, too! To celebrate and participate in the Worldwide Film Viewing party in September, I am hosting parties at my house at which I will show several films that are directed by women. All throughout the month I will share some of my favorite films that are directed by women and show some that I have not seen, but are by directors I’m interested in and want to support.

Film discussions will be encouraged and we will play games related to the movies we’ve seen after each viewing. Trivia about the films and filmmakers, brainstorming, film analysis, and even movement will be encouraged during these gatherings. I will hold bonfire ceremonies at each event, and invite attendees to offer thanks to women filmmakers everywhere and all communities and structures that support women telling and sharing their stories and stories that move them through the medium of film.

I will kick off the Worldwide Film Viewing party month in Telluride, Colorado at the Telluride Film Festival, where I look forward to seeing many films directed by women, and participating in Q&A’s and other events with women filmmakers.

When I get back, I’m going to host a dinner party at my home on Wednesday, September 7th, where we’ll watch a couple movies on our 52 inch TV in our den. Then I will host a few open house film viewing parties throughout the month of September, at which I will show several movies on several monitors, some in my office on computer monitors and my laptop, and also on various TVs throughout my house. I will have the same movie playing so that whatever room people are in, they will see it.

Toward the end of the month, I’ll host a giant block/neighborhood film viewing party at which we’ll project some movies onto our garage doors. All of these film viewing events will include some ritual and ceremony around appreciating and honoring women directors. Along with the bonfire ceremony, I am asking each attendee and participant in my film viewing parties to bring or offer in words or gestures some form of specific appreciation of a woman director or directors, be it a picture, their name written on a piece of paper, an utterance or any other type of expression in the form of acknowledgement, appreciation, and gratitude. I am letting each invitee know that the events are for appreciating, viewing, and honoring films directed by women and are hosted in the spirit of celebrating women directors. I am also gathering some requests for films to be shown from various attendees.

DBW: When you’ve been contemplating which films and filmmakers to feature in your parties, what’s been your organizing principle? There are SO many possibilities. Are you looking to expand your partygoers’ awareness of women filmmakers? Focusing on old favorites? Coordinating around a theme? I’d love to hear about your process.

LK: I started picking films for these events based on women I looked up for your database and cataloguing process. Then, I added some of my favorite movies #DirectedbyWomen. The movies I chose to show, not including requests made by attendees that I might include, are: Andrea Kreuzhage’s 1000 journals project, Gillian Anderson’s The Departure, Angelina Jolie’s By the Sea, Bronwen Hughes’ Forces of Nature, Sarah Polley’s Stories We Tell, Mami Sunada’s The Kingdom of Dreams and Madness, Emily Young’s Veronika Decides to Die, Tinge Krishnan’s Junkhearts, Jennifer Yuh Nelson’s Kung Fu Panda 2 or 3, Mary Lambert’s Siesta, Julie Taymor’s Titus, and Antonia Bird’s Ravenous.

DBW: Something that really made last year’s Worldwide Film Viewing Party special was the way people shared images, stories, and videos so everyone could feel connected to all the different parties happening in various locations around the planet. What are you thinking about doing to share your parties with the wider celebration?

LK: I may stream some of it, with permission from all the attendees. I am considering having at least one camera rolling to a live feed (on Facebook live, or Hitbox, or Twitch – https://www.twitch.tv/tarteholic is my Twitch stream that I use frequently for sharing video- or someplace else online) in my office. People who go into the office will be informed beforehand that they will be on air while in there. That’s one idea I have. Another is to have people share their thoughts about the movies we see together at the parties, by writing down some thoughts in a guestbook that I will photograph and share online, like on the #DirectedbyWomen Facebook page, in tweets, etc… I’m also considering taking some photos of the various gatherings to share on Facebook, Twitter, and Instagram.

DBW: In addition to being a film lover, you’re also a creative artist and filmmaker. How has your experience as a maker influenced your decision to host #DirectedbyWomen Film Viewing Parties? And do you think throwing some Film Viewing Parties will have an influence on you as a creator?

LK: I wanted to host these parties because I love your energy, spirit, and what you have created. You know the power of gatherings. There is something powerful in them, in satsang. A sacred gathering creates energy that affects all the participants. I wanted to create magical circles of people who gather in a sacred way to honor and enjoy movies made by women. I intend these parties to be sacred gatherings to honor women film directors. I think this will influence me as a creator and hopefully it will influence all of the people who come to my film appreciation parties! It will fill me with more joy, more love, and some ambition to work on my own film projects (both screenwriting and directing.)

DBW: Where are you pouring your creative energies these days? Are you working on anything new at the moment?

LK: I’m feeling juicy and focused on three things in particular: a documentary about rape, called Consent, another screenplay, and being in a Ph.D. program for Women’s studies and Consciousness at the California Institute of Integral Studies.

DBW: Really looking forward to celebrating with you. Have wonderful parties! Oh, before I forget, I want to thank you again for contributing information to #DirectedbyWomen’s growing database of women who have directed film. That means a lot. There’s still so much more work to do to celebrate as many women directors as we can. The list is closing in on 10,000 women directors! Let’s keep going!

LK: THANK YOU, BARBARA! You are wonderful and I’m excited!

DBW: Can’t wait to celebrate with you!

Inviting the world to fall madly in love with films #DirectedbyWomen. View all posts by Barbara Ann O'Leary

Martine Blue: A Place for Everyone 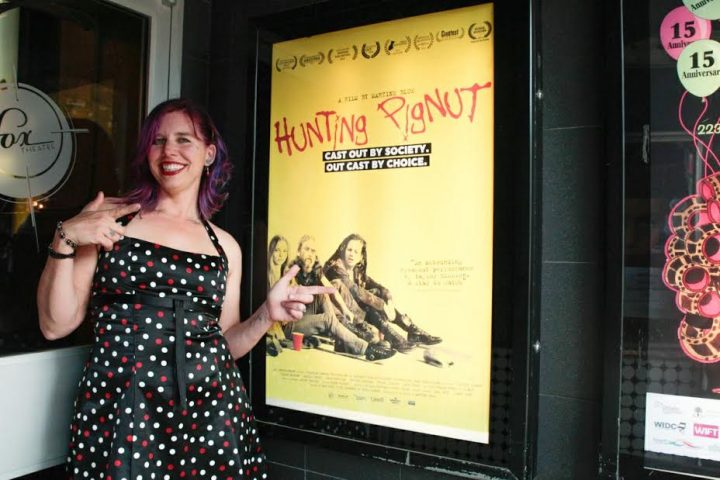 Martine Blue: A Place for Everyone