Galia Barkol: Where Life is Most Vivid

It was a joy to have the chance to engage with filmmaker Galia Barkol about her nuanced independent film MIA. There’s a richness to her work that rewards careful viewing and a clarity of intention that comes through in what she shares in this #DirectedbyWomen Conversation. I hope you’ll take time to read what she has to say, then seek out an opportunity to experience her work.

DBW: Galia, thanks for squeezing in some time to share about your filmmaking process. You wrote, directed, produced and starred in the film, which explores a young Israeli woman’s hiatus in Brooklyn as she tries to find a new path forward in her life. I’d love to hear about what sparked this project. Is there an autobiographical component to it?

GB: ​​The process that lead to writing the film is personal, but in creating the script, I took some distance from the story itself and focused on finding the best way to communicate an experience that I felt was also universal.

My personal story started over a decade ago, when I was discharged from the mandatory military service in Israel. I dreamed of moving to a big, cosmopolitan city, with the grand hopes of breaking free of the conditioning of my upbringing and reinventing myself. The experiment failed, but I discovered that rather than switching one identity with another, life away from home enabled me to let old stories lose their power, and even to challenge my need for self-definition.

And so in MIA, my intention was to capture those moments where life is most vivid – when we find ourselves in between narratives, and in between identities. When Mia loses her ability to dance and her career in Israel, she is forced to let go of the role she had been identified with her whole life, and to see who she might be without her story.

DBW: I was really struck by the subtlety of the way the film is constructed. What’s not seen and what’s left unspoken seem to be driving forces in the film, which in some ways makes it hard to talk about the work. The richness is in the depths of quiet moments that have lingered with me since I saw the film days ago. Can you share about your process of building the film through these often wordless moments?

GB: ​Thank you. I am so happy to hear that. In a way, the film is about how much can happen internally when not so much happens externally. I believe that the big leaps in personal growth happen when we give ourselves a break and take ourselves outside of our own context.

For that reason, it was also important to me to leave some distance between the viewer and the protagonist in the way the film is written and shot; some is revealed, but she gets to keep her privacy too.

In the writing, I dedicated a lot of thought to how the lived experience of the protagonist was going to be translated into a cinematic language and ultimately into an emotional experience. Writing the script was a process of removing layers of text that would eventually exist underneath the surface of the actions we see and the dialogues we hear in the film.

DBW: Although we never see Mia dance, her relationship to that art form comes through in the way she moves, the way she holds herself even in stillness, through conversation about her life as a dancer, etc. So dance is present throughout the film, but we also are invited to connect to the power of art through the repeated presence of a young girl who appears carrying her violin case from time to time throughout the film. We never see or hear the violin. And then there’s the active exploration of the art of origami inviting us to engage with the nature of creativity—the power of making and unmaking. I’d love to hear about how you incorporated these creativity strands into your story and I’m particularly curious about what discoveries you made during filming and post production that helped you weave these elements into the film.

GB: ​The themes that are most present in the story are physically absent in the film, such as Israel, dance, the protagonist’s name, and the cat she takes care of. For someone who used to be a dancer, she is very still and even physically stuck throughout the film. When she comes across this eager young violinist, she sees a part of herself that she mourns having to let go of, but at the same time, she also acknowledges the problematic aspect of being so absolutely attached to a role we play, especially as a kid.

I’ve been playing classical piano since the age of five. My parents were very encouraging, but didn’t push me to practice 6 hours a day or to compete. I have always felt conflicted about it. On the one hand, I’m sorry they didn’t push me to excel, but on the other, it is very risky when your whole sense of self depends on one thing and the identity you’ve created around it.

Like in Origami, playing with the different forms we can take throughout life is wonderful. I think we get in trouble, though, when we forget that the bird and the boat and the dragon are the same paper, and that the paper is the only thing that’s real. It is also interesting that the more complex and difficult-to-create a model is, the more fragile it can become. Just like a dancer’s career, it takes a long time to build, but it can be destroyed in an instant.

The film has a complicated relationship with art and being a professional artist. My intention was to look honestly at the extreme highs and lows that arts can take you to.

DBW: The title of the film seems to be a double entendre. It could simply be the name of the main character Mia, but because it is in all caps I read the title as an acronym for Missing In Action. Am I reading that as you intended?

GB: ​ Exactly. I let people read it the way they naturally do – some read it as a name and some spell it out. ​The film looks at our fear and refusal to live in uncertainty and disorientation. When we are in an “in between” period in our lives – stuck between a past that doesn’t fit and a future that isn’t clear, our instinct is to fix it. We rush through the process of figuring things out. It isn’t socially acceptable to stall and linger in this place of limbo.

Mia decides to make the bold move and give herself the privilege to be Missing In Action and to see what happens. When we feel cornered and pressured, we tend to make reactive choices. Mia tries to take a different path, so that she can eventually take her next step from a more neutral and less threatened place.

I also liked that the name Mia is composed of “I” and “am.” The film looks at what it means to let yourself “be” in a world that constantly urges you to do and “take control” over how your life plays out.

DBW: I feel like we could talk for days about the films’ exploration of the elusive nature of relationships: the nuanced signals, missed opportunities, people’s willingness or unwillingness to engage, feelings of isolation, tenuousness of connection, and so much more. As I replay the film in my mind’s eye I realize that I don’t want to spoil any of the delicate moments in the film by mentioning specifics, but I’d really love it if you could share about how you worked to balance the evolution of relationships within the film.

GB: As someone who has lived in several foreign countries and cosmopolitan cities, I’ve had the opportunity to experience encounters with strangers that were very meaningful to me, even if we didn’t see each other again. There is something magical and liberating in spending time with a complete stranger. Knowing that there is no past or future with that person allows you to be more vulnerable and intimate—in a way you wouldn’t be with the people closest to you. In my experience, such fleeting encounters can help us make a little shift or see things more clearly. We move on, but the impact of the brief exchange can stay with us for a lifetime.

On the other hand, when we know a person extremely well—or when we think we do—we often let our expectations and habits block our ability to see them with fresh eyes, to really listen to them and to be open to the unexpected. It’s just like when we learn how to read—it’s almost impossible to look at a text as if it’s a picture or a mix of shapes—as we did before. We can’t help but read it, conceptualize it, and shove it into a certain mental drawer. And so being in a foreign city and making new connections is nourishing because our experience is not as clouded by our preconceptions. I wanted the film to capture that.

As for the characters themselves, the people Mia meets in Brooklyn are narrowly defined by their social roles, which are not challenged in the film. Mia who doesn’t know how to view herself, experiences herself through the different lenses of those strangers, who each project onto her their idea of who she is.

DBW: Before we wrap up, here’s a question I always like to ask filmmakers. The #DirectedbyWomen initiative is dedicated to helping people find out about and relish the work of women directors. Are there women directors whose work you wish more film lovers were aware of?

GB: I’m a fan of filmmaker Sarah Polley. She takes risks. She doesn’t get stuck doing the same thing just because it works. Her work is bold, intelligent and subtle, and I deeply relate to the issues she finds worth exploring.

DBW: Thanks so much for taking time to share. I hope many people are drawn to explore your tender, lyrical film. The film is a gem. I look forward to what you create next. Please keep us posted. 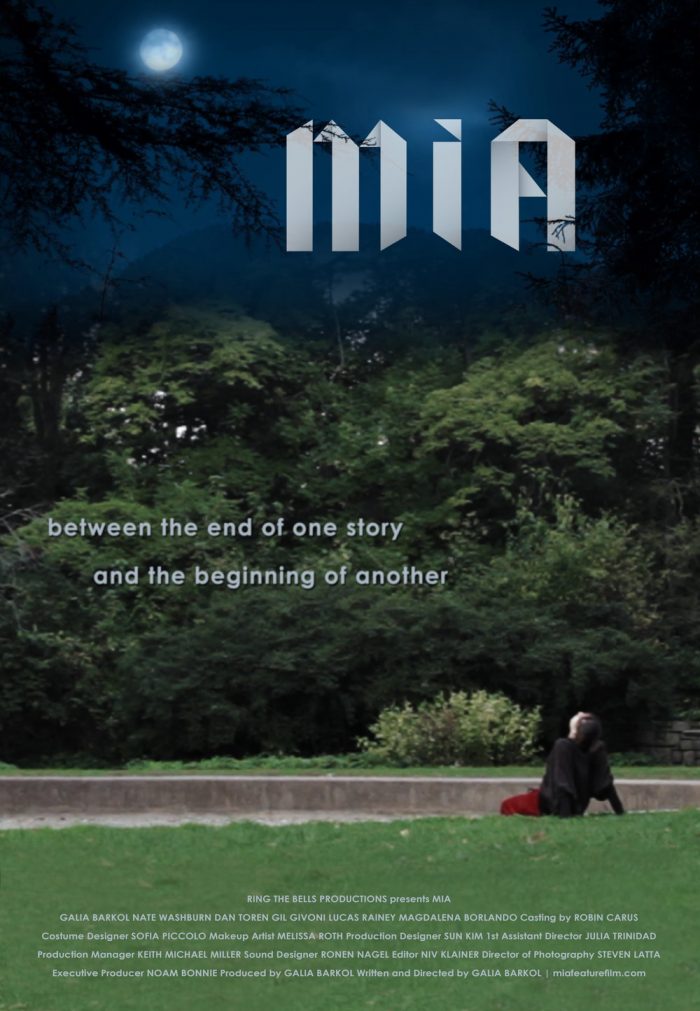 Inviting the world to fall madly in love with films #DirectedbyWomen. View all posts by Barbara Ann O'Leary