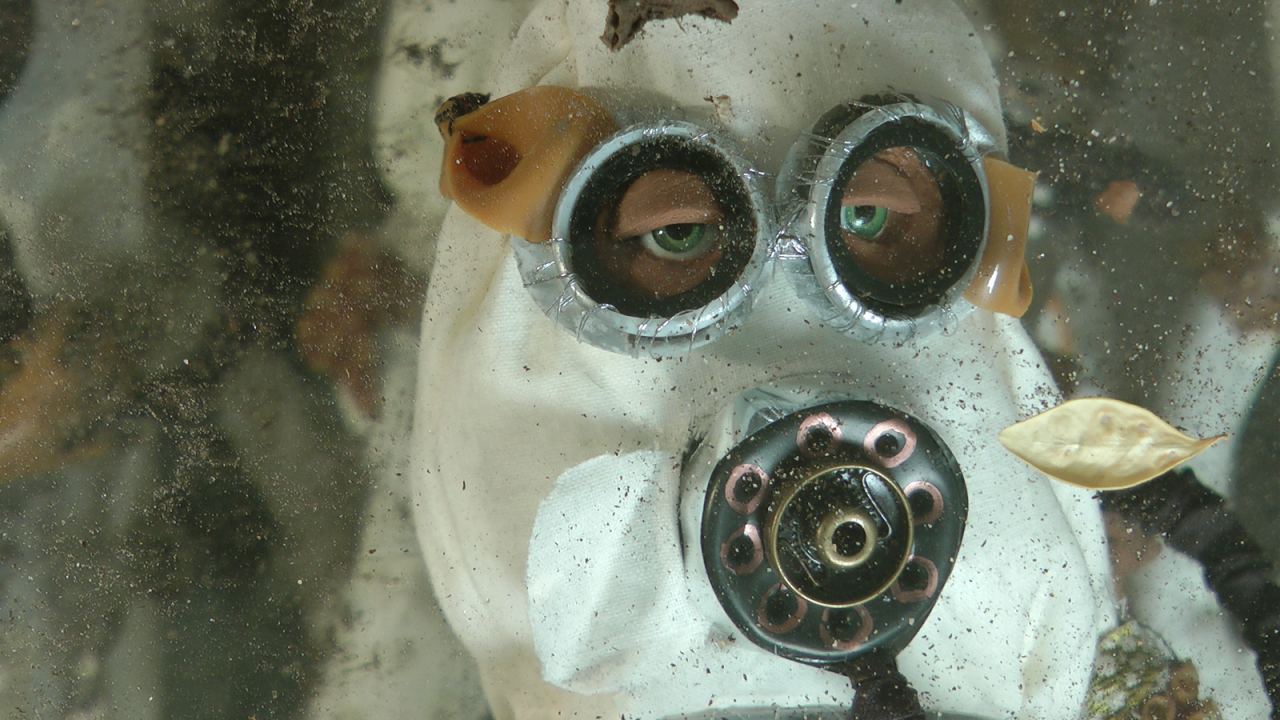 DBW: About these particular awards that you have won, is there one award that stands out for you as most rewarding to win?

CP: It is exhilarating to receive awards for your films, or for any of your artistic projects, that you’re proud of and worked so hard on. The competition to get into film festivals alone is fierce and to top it all off by being singled out as a winner among a group of outstanding animators is a very humbling experience. Any recognition is special, but there are two awards that stand out for me: the Best Animated Film awards that I received for Hanging By a Thread at the Nevada City Film Festival and the New Hampshire Film Festival, respectively. Winning Best Animated Short at the Nevada City Film Festival was significant because it was where the film premiered. Starting the rounds in the film festival circuit with a win felt very encouraging! It is also noteworthy because of this funny little anecdote: the day of the awards ceremony I took a short one hour break from watching films and networking with filmmakers to take a few brochures to my hotel room. When I went back to the venue to attend the awards ceremony, I ran into one of the judges who said, “Where have you been? We’ve been looking all over for you. You just won Best Animated Short!!” Somehow, I had gotten the timing all wrong and had inadvertently missed my own awards ceremony. The Best Animated Film award at the New Hampshire Film Festival was this beautiful so-called Granny, a block of granite with the words “2014 NHFF BEST ANIMATION” hand-carved into it, which, with a weight at over 10 pounds, is apparently the heaviest award in the entire film industry! I remember the awards ceremony very fondly, when upon accepting the stony award, I comically stated ‘how glad I was for having had packed lightly’.

DBW: Could you share some of your main themes that motivate you in
your projects?

CP: Living in a world that is obsessed with technology and immortality, I have always felt the urge to produce work that reclaims the use of once feminized materials, like thread and fabric, and that casts a particular focus on conventional domestic and low-tech items such as clothespins. In my sculptures, installations, paintings, and drawings, I’ve been relating these materials to concepts such as mortality, ambiguity, transformation and vulnerability to talk about the ephemeral nature of existence, questioning certain aspects of the human condition. All these concepts and materials re-appear in my animated films within the context of a larger fabricated universe. This futuristic universe is inhabited by ‘Clothespin Freaks’, two-headed humanoid figures made of clear clothespins and sewn pieces. With the help of other invented creatures, this smart and kind-hearted mutation is commissioned to fix a post-apocalyptic world where humanity has fallen apart. I invented the Clothespin Freaks in 2003 in a series of drawings, collectively called the Clothespin Tarot Drawings. These unlikely heroes create, in a serio-comic way, a new mythology that serves as a coping mechanism in our angst-ridden times. These whimsical Clothespin Freaks are other-worldly scientists whose mission is to construct a new form of humanity.

DBW: What goes into making a stop motion film like Meeting MacGuffin?

CP: Stop motion animation with 3D characters and sets is extremely difficult and requires, above all, a tremendous amount of patience. It also helps to have obsessive-compulsive tendencies and a passion for detail-oriented work. Obviously, I fit these characteristics perfectly. All the puppets, props and sets are hand-crafted and it takes a lot of time to make them well. I do not incorporate any computer-generated images in the production. I use a software package, Dragonframe, to capture digital images of the character and sets I construct in a sequence which will be played back at 24 frames per second. The camera is a Panasonic Handycam with an HDMI output to feed the images into Dragonframe.

A key skill in stop-motion animation is problem-solving, because things often do not turn out as planned in the story or the script. You prepare as much and as well as you can, but there are always surprises: one of the puppets breaks, a studio light explodes, the camera stops working, the computer shuts down for no apparent reason, etc. This can be extremely frustrating, but I try to keep my cool and remind myself that I’ll come up a solution. It’s just like life. It so happens that you develop these special relationships with your puppets; they become your children or surrogates and you feel that you owe it to them to give them all you’ve got. The pressure is on! But I’m obviously totally hooked! I embrace this medium because, although it is the hardest thing I’ve ever done, it is also the most gratifying, allowing me to realize my artistic vision. Now that I’ve completed Meeting MacGuffin and am recovering from my injuries I can’t wait to start all over again.

Because I’m frequently asked about how I make my films and it’s not easy to describe the complexities of the production, I produced a short documentary to illuminate the layered intricacies involved in creating my film. I found the perfect director in my friend, Hamad Altourah and he started shooting Speaking Of Freaks at the end of 2015. The documentary revolves around one of many emotional meltdowns I experienced while trying to achieve the seemingly simple task of getting one of my puppets to ski down a snowy slope. The film also captures one of the many painful osteopathic treatments I received to ‘unfreeze’ the calcification of my shoulder which, ironically, originated from an arm injury that had been caused by the repetitive motions while working on Meeting MacGuffin.

DBW: How long did it take you to complete the film?

CP: It took me three and a half years to make Meeting MacGuffin. I started in 2013 while Hanging By A Thread was screening at film festivals and museums. The initial phase involved writing the script, developing the story boards and sketches, and researching techniques for making props and sets. This is also when I began my search for cast and crew. In March 2015, I started a successful crowdfunding campaign through Hatchfund.org for Meeting MacGuffin which ran for three months. Production began in June 2015 and in April 2016—a bit more than halfway through production—I had enough footage for the trailer and promotional material. I finished filming the last sequence on New Year’s Day 2017! Postproduction, including editing and final mix for sound and music was completed one month later. In honor of the film’s protagonist a groundhog named Gormal MacGuffin, I decided it would be fun and fitting to release Meeting MacGuffin on Groundhog Day!

DBW: How do you constantly stay inspired? Any new art you are working on?

CP: Inspiration is not an issue for me. I constantly strive to make sense of our crazy, rapidly-changing world, and this generates a steady stream of ideas for characters and situations. Through the adventures of my surrogates, the ‘Clothespin Freaks’, I am able to develop a rich alternative universe.

Currently, I’m working on developing the story and writing the script for Las Nogas, the final installment in the trilogy of stop-motion animated shorts that take place in the post-apocalyptic future. Hanging By A Thread (2013) was the first installment and Meeting MacGuffin (2017), which will be premiering at the Brooklyn Film Festival in June, is the second.

Las Nogas continues where Meeting MacGuffin ends: the Clothespin Freaks and Hitch take the Homeys to their new home, Las Nogas, an experimental city inhabited by bees. There they will find out, among other things, why the Homeys’ “blood” is so essential for the renewal of water.

Soon, I will be creating drawings and sketches for Las Nogas. Bees play a big role in this film and I’m currently researching these little brainy flying wonders to learn as much as I can about them.

DBW: Who are some of your favorite women filmmakers, whose work inspires you?

CP: Some of my favorite women filmmakers are Lotte Reiniger for her inventive and groundbreaking silhouette animation, Sofia Coppola for Lost in Translation and Kimberly Peirce for Carrie. These three women filmmakers work in different styles and genres: animation, romantic comedy-drama, and horror, but all three directors share an originality, uniqueness in story-telling and commitment to their craft and vision, that I find very inspiring.

CP: Yes, I would like to share one more thing; once I’ve completed Las Nogas, the last in the trilogy of shorts, I plan to make my first stop-motion animated feature! The trilogy will have left a lot of unknowns, which is intentional, and with the upcoming feature I’d like to fill some of the gaps and expand on the overall meaning and symbolism of this mythological, futuristic tale.

Thank you so much for the opportunity to do this interview! It’s been a pleasure talking to you. 🙂

DBW:  Thank you for taking the time to talk to #DirectedbyWomen about your work.

My name is Vida Zukauskas. I am an actor, stand-up comic, writer, passionate about film, and working on a documentary. Thank you for reading. View all posts by Vida Zukauskas 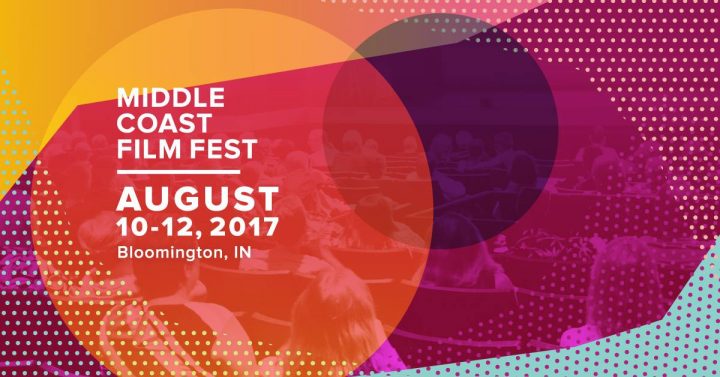